The main goal is to provide validation data to improve the usage of polar-orbiting satellite data over Antarctica, in particular IASI radiances. 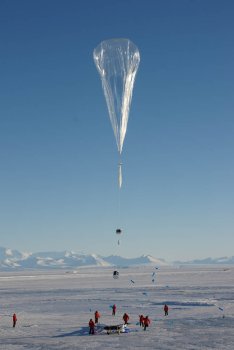 Concordiasi is an international project, currently supported by the following agencies : Météo-France, CNES, CNRS/INSU, NSF, NCAR, University of Wyoming, Purdue University, University of Colorado, the Alfred Wegener Institute, the Met Office and ECMWF. Concordiasi also benefits from logistic or financial support of the operational polar agencies IPEV, PNRA, USAP and BAS, and from BSRN measurements at Concordia. Concordiasi is part of the THORPEX-IPY cluster within the International Polar Year effort.

Three field experiments are part of Concordiasi, two which have occurred during the autumn 2008 and 2009 (Austral spring) in Antarctica and a third one planned in Austral spring 2010. Additional in-situ measurements include radiosoundings at the Concordia station at Dome C and at Dumont d’Urville in 2008, at Concordia in 2009 and high altitude balloons able to drop dropsondes, launched on demand under a parachute and measuring atmospheric parameters on their way down over Antarctica in 2010. Some of the balloons will carry experimental instruments measuring ozone and particles at flight level. Some will also be enhanced to carry GPS receivers in order to perform radio-occultation measurements. Data can be accessed at the following address http://www.cnrm.meteo.fr/concordiasi-dataset/ |

Numerical simulations to improve the usage of IASI radiances

Numerical simulations will use the field experiment data. The main goal is to provide validation data to improve the usage of polar-orbiting satellite data over Antarctica, in particular IASI radiances. 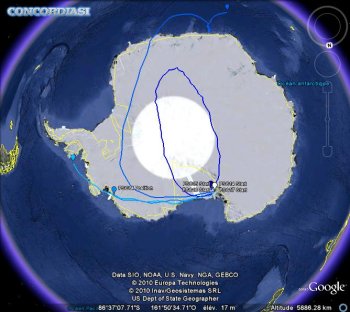 On board the European satellite MetOp-A launched in October 2006, IASI is a sounder instrument measuring the infrared spectrum with an improved accuracy for temperature and humidity sounding in the troposphere and stratosphere. The other areas of interest are the fine scale meteorological and climatic studies of the Antarctic plateau, the study of the influence of better polar area predictions over lower latitudes and over the ozone simulation, together with the monitoring of the polar vortex at the end of winter, thanks to additional stratospheric measurements. Working towards these goals will contribute to establish a sustainable observing system for climate over Antarctica, taking into account the potential of advanced sounders such as IASI.