Site dedicated to studies of the wind effects on the distribution, evolution and stability of the snowpack.

Since the early 90s, an experimental site was the basis for studies on the wind effects on the distribution and stability of the snowpack. To ensure continuous monitoring of snow and weather conditions and the phenomenon studied, many sensors have been installed and connected to several automatic stations. The site of the "Col du Lac Blanc” is situated at an altitude of 2720 m in the Massif des Grandes Rousses, near the famoius ski resort of Alpe d’Huez. Its topography is similar to a natural wind tunnel where the prevailing winds blow from the North or South in 90% of cases. At this altitude, the frequency of strong winds associated to the snow quality at the snow pack surface allow many observations of blowing snow events.

To complement this device, a profile of snow poles (4 m height) of about 200 m in length was installed at the experimental site on both sides of the pass (figure 4). This area is a surface of erosion or accumulation depending on wind direction. During the winter season, at least a weekly measurement is made based on forecasts of transport events. The data in this horizontal profile contribute to the validation of models of snow distribution.

figure 1 : the wind is channelled according to a North-South axis due to the presence of the « Grandes Rousses » range visible in the foreground 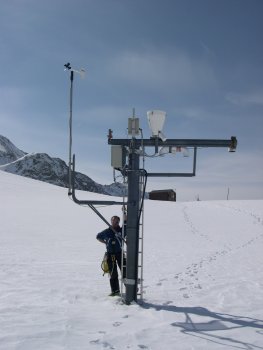 fig. 2 : the automatic weather station of the northern part of the “Col du Lac Blanc”, view at the end of season (about 5,5 m of snow).

figure 4 : a part of the snow pole profile and the graph of 4 measurements.